Celebritea newsroom.com
Nick Cannon Is Having Commitment Ceremonies With 5 Of His Baby Mamas 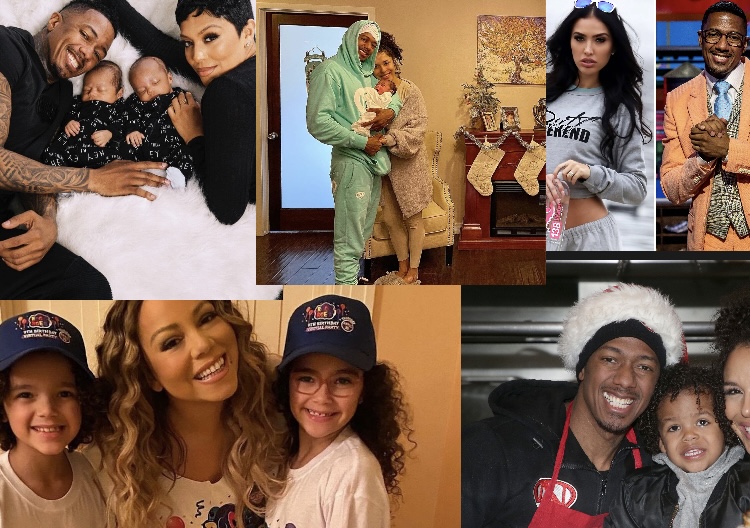 Nick Cannon has been busy growing his family. He has now decided to make things more official with some of his baby mamas. He plans on having 5 ‘Commitment Ceremonies’ with carefully selected women who has already had children with. Nock has recently welcomed baby number 9 and 10 and feels as though he should make things more official. Mariah Carey is not interested in the gesture. They were already married and they do share two children together. There is an Asian model who will not be apart of the shenanigans. She claims that she is pregnant with Nick Cannons Twins. Alyssa Scott, who is the mother of his deceased son Zen, will definitely be getting a commitment ceremony. She is also pregnant with his 11th child. Brittany Bell who has
recently giving birth to their son, will be getting a commitment ceremony. Abby De La Rosa and Bre Tiesi will be getting a ceremony. They both have two children with Nick Cannon. He has to work out the schedules to get these Commitment Ceremonies on and Popping. Source Says: “They were all pregnant recently so they’ll have to heal up. Then Nick will give each woman a day to celebrate their union. It’s going to be beautiful,” The Cannon Boat is still receiving new passengers. There are still babies that are due by the end of the year. There is no word on why the other baby mothers will not be getting a commitment ceremony. Well, we wish Nick Cannon and his baby mothers all of the happiness and success in their endeavors.

Nick Cannon Plans to have Commitment Ceremonies with his Baby Mamas🍵 https://t.co/tFkSrAOCYX pic.twitter.com/6b9nNQoeyt